This is yet another post for all of my fellow white people to learn more about race and racism. We will never be able to stop learning and it’s important for us to keep learning, reading, amplifying, supporting.

Some more resources, in addition to the ones I’ve already posted, include:

Ignoring race is literally one of the worst things to do as a way to stop racism from continuing. Acknowledging the history of white supremacy, understanding how whiteness works and how the powerful have defined race to meet their violent needs, and realizing that there is a hell of a lot of stuff we as white people often don’t understand is critical. Not talking about race to other white people will solve nothing – after all, white silence is violence. 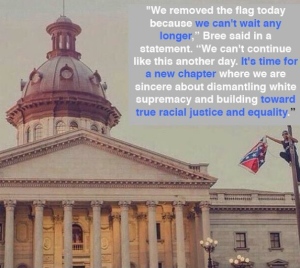 Actively dismantling white supremacy is more than past due. We as white people have hundreds of years and countless generations of spilled blood and violent colonialism and it’s time that we destroy the system that allows for police brutality against communities of color (especially black people) goes unchecked, that allows for things like slavery, Jim Crow, and so many other things to be perfectly legal.

There was an error retrieving images from Instagram. An attempt will be remade in a few minutes.