I want to start this by clarifying that I am not Muslim nor am I an Arab-American, a Syrian refugee, or have any familial ties to the Middle East. I am a white US citizen with an absorbent amount of privilege and while writing this and about many other issues, I’m going to be keeping this in mind. 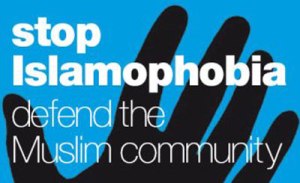 Islamophobia is a big concept being thrown around lately, particularly after the attacks in France (both the most recent one in Paris and the one on the Charlie Hebdo offices) and after the 9/11/2001 attacks in the US. It is the fear, prejudice, and hatred of both Islam and Muslims alike and causes many to fear for their lives.

Things changed for the Muslim community within the US after 9/11, something that Mona Eltahawy wrote about and Hareem Mannan further describes. Similarly, Yasmina Blackburn wrote about the Paris attacks and being Muslim, pointing out that the blame game against all 1.6 billion Muslims for the actions of a few will get us all nowhere.

With political leaders carrying out actions or the like or individuals acting in their own right, Islamophobia is exceptionally wide spread and comes in so many different forms. There are many who are using the latest attacks on Paris to blame Syrian refugees and to call for a blockade on welcoming refugees as they flee their home for whatever reason. (On a somewhat related note, what the fuck is up with Rob Lowe? I’m so looking forward for him to just be irrelevant but that’s not the point here.) I fundamentally believe that we should be welcoming the refugees for many reasons, as David Bier points out, and that Muslims are not terrorists.

Like in many events and attacks in the past, there are some calling for Muslims to condemn or take responsibility for the extremist attacks that are carried out in the name of their faith. Plus, hate crimes based on Islamophobic thinking and ignorance still drastically occurring in many places. Mosques are being burned and Muslim individuals are being harassed (or even killed) because of their appearance and faith.

While there are many who refuse to criticize ISIS, there are many Muslims who are condemning the extremist attacks. (The entire Muslim community should not be forced to take responsibility for the actions of a small population of extremists though.) But that same call to condemn or take responsibility for isn’t there for Christians and the Westboro Baptist Church or for white people and specific white people like Dylan Roof. There’s this double standard, this protection of whiteness that helps to increase that fear of the “other” while also upholding the institution of white supremacy.